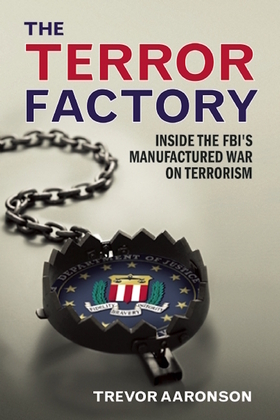 A groundbreaking work of investigative journalism, The Terror Factory: Inside the FBI's Manufactured War on Terrorism exposes how the FBI has, under the guise of engaging in counterterrorism since 9/11, built a network of more than fifteen thousand informants whose primary purpose is to infiltrate Muslim communities to create and facilitate phony terrorist plots so that the Bureau can then claim it is winning the war on terror. The paperback edition of The Terror Factory includes all new information on the FBI's counterterrorism efforts related to the 2013 Boston Marathon bombing, as well as how the government has used (potentially illegally) FISA information in sting cases.

Trevor Aaronson is an investigative reporter for Al Jazeera America. He has won more than two dozen national and regional awards, including the Molly Prize, the international Data Journalism Award, and the John Jay College/Harry Frank Guggenheim Excellence in Criminal Justice Reporting Award.