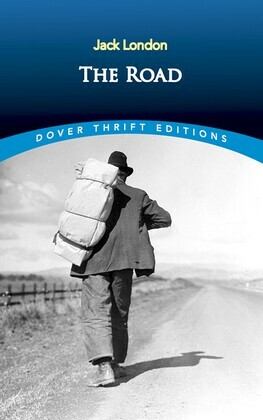 by Jack London (Author)
Fiction Classics
EPUB
unlimited loans, One at a time
Details
"I went on 'The Road' because I couldn't keep away from it; because I hadn't the price of the railroad fare in my jeans; because I was so made that I couldn't work all my life on 'one same shift'; because — well, just because it was easier to than not to."
Jack London's "road" is the railroad, and these reminiscences paint a vivid portrait of life in the United States during the major economic depression of the 1890s. His compelling adventures include a month-long detention in a state penitentiary for vagrancy, as well as his travels with Kelly's Army, a group of unemployed workers who united to protest the labor environment.
London honed his storytelling skills during his hobo days, spinning yarns to avoid arrest and to cajole food and money from sympathetic listeners. This compelling memoir — which inspired the 1973 movie Emperor of the North Pole — also chronicles London's inner journey, from self-interested freebooter to social activist.