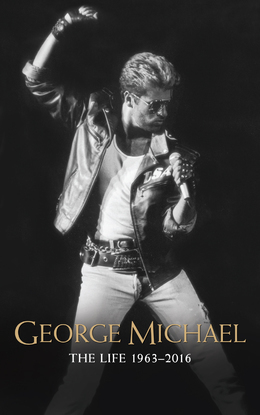 by Emily Herbert (Author)
Nonfiction Arts Music Pop vocal Juvenile Biography & autobiography Music Individual composer & musician Biography & autobiography Composers & musicians
He withdrew, lay low for long periods, only to emerge, blinking, back into the headlines, for all the wrong reasons. He was a giant in the industry and remained so until his death but there was the distinct feeling that his heart wasn’t in it any more.

George Michael was raised in a family of Greek Cypriot immigrants in North London. He dreamed of pop stardom and at twelve years-old met Andrew Ridgeley. The two of them went on to achieve stunning success with Wham!, producing joyful hits for pop fans around the world. Nevertheless, Michael wanted more and set about recreating himself as a solo artist. From the get-go, he was keen to do things his way and spent his career fighting for his artistic independence. He railed against the music industry’s desire to relegate him as a sexy pop singer when, in fact, he was a soul singer.

Beneath this strong veneer, however, was the shy boy raised within the confines of a conservative and religious family, plagued by insecurity, especially in terms of his own sexuality. He stayed closeted through the height of his career and found himself ensnared in numerous scandals that derailed his success in the United States. Combined with the calamity of losing his first lover to AIDS and his mother to cancer, he was plunged into a lifelong battle with depression and drug addiction. He struggled to find that one stabilizing relationship he desperately craved. Tragically, he died mysteriously and prematurely, at the age of fifty-three, on Christmas Day 2016.

In this thoughtful, respectful and riveting remembrance, Emily Herbert looks back on the complicated and complex life of this singular artist, whose music made him the quintessential male pop star of the ‘80s. Filled with George Michael’s own frank opinions, reflections and observations, this book succeeds in reminding us of why he meant so much to so many.