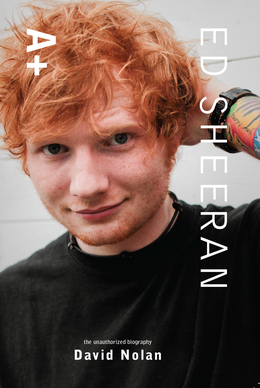 Ed Sheeran is the Grammy-winning singer-songwriter with a tiny guitar and huge talent! From Sheeran's bohemian childhood to international stardom, read exclusive interviews with friends, relatives, musical collaborators, and key figures in his rise to success. The Grammy-nominated singer has toured with Taylor Swift, has performed with Elton John at the Grammys, and is just getting started! This biography details how Britain's hottest music star made his mark on the music industry playing by his own set of independent rules.

David Nolan is an award-winning journalist with biographies on subjects ranging from Simon Cowell to the Sex Pistols.