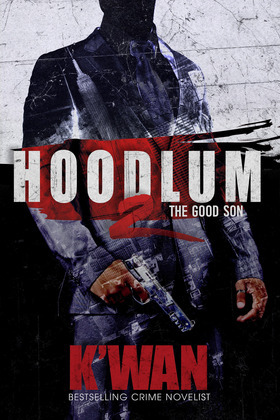 by K'wan (Author)
"Top-notch street lit...one of the top urban fiction novels of the year." -- Library Journal Starred Review on Diamonds and Pearl

'K'wan does a masterful job of keeping readers on their toes right up to the very last page.' -- Publishers Weekly
The long awaited sequel to the street classic Hoodlum.

All he ever wanted to be was a Good Son?
Shai Clark was an All-American basketball player with aspirations of one day making it to the NBA, but that all changed when his father was viciously murdered and he found himself thrust into the role of the new head of his family?s criminal enterprise.
K'wan is a multiple literary award winner and bestselling author of over a twenty titles which include: Gangsta, Road Dawgz, Street Dreams, Hoodlum, Eve, Hood Rat, Blow, Still Hood, Gutter, Section 8, From Harlem with Love, The Leak, Welfare Wifeys, Eviction Notice, Love & Gunplay, Animal, The Life & Times of Slim Goodie, Purple Reign, Little Nikki Grind, Animal II, The Fix, Black Lotus, First & Fifteenth, Ghetto Bastard, Animal 3, The Fix 2, The Fix 3 and Animal 4. K'wan is also the author of several dark fantasy novels written under a pseudonym.

K?wan has been featured in: Vibe, Pages, King, The Library Journal, Entertainment Weekly, The New York Press, and Time Magazine, to name a few. K'wan was also the recipient of the 2012 and 13 Street Lit Book Award Medals (SLBAM) in adult fiction for Eviction Notice and Animal. His credits also include featured commentary in the award winning Documentary Iceberg Slim: Portrait of a Pimp (produced by Ice-T) as well as a reoccurring guest role on TV-One's Celebrity Crime Files.

K?wan currently resides in New Jersey where he is working on his next novel.