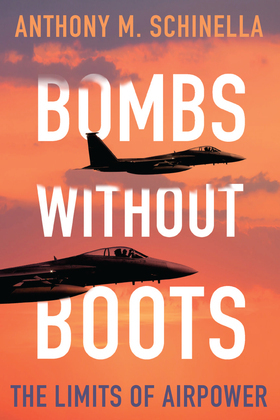 Airpower can achieve military objectives—sometimes, in some circumstances

It sounds simple: using airpower to intervene militarily in conflicts, thus minimizing the deaths of soldiers and civilians while achieving both tactical and strategic objectives. In reality, airpower alone sometimes does win battles, but the costs can be high and the long-term consequences may fall short of what decision-makers had in mind.

This book by a long-time U.S. intelligence analyst assesses the military operations and post-conflict outcomes in five cases since the mid-1990s in which the United States and/or its allies used airpower to “solve” military problems: Bosnia in 1995, Kosovo in 1999, Afghanistan in 2001, Lebanon in 2006, and Libya in 2011. In each of these cases, airpower helped achieve the immediate objective, but the long-term outcomes often diverged significantly from the original intent of policymakers. The author concludes that airpower sometimes can be effective when used to support indigenous ground forces, but decision-makers should carefully consider all the circumstances before sending planes, drones, or missiles aloft.