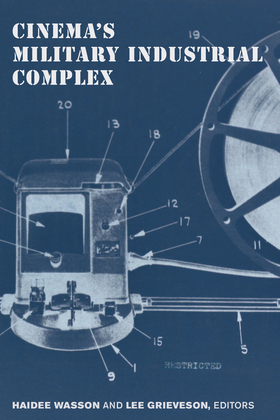 The vast, and vastly influential, American military machine has been aided and abetted by cinema since the earliest days of the medium. The U.S. military realized very quickly that film could be used in myriad ways: training, testing, surveying and mapping, surveillance, medical and psychological management of soldiers, and of course, propaganda. Bringing together a collection of new essays, based on archival research, Wasson and Grieveson seek to cover the complex history of how the military deployed cinema for varied purposes across the the long twentieth century, from the incipient wars of U.S imperialism in the late nineteenth century to the ongoing War on Terror. This engagement includes cinema created and used by and for the military itself (such as training films), the co-development of technologies (chemical, mechanical, and digital), and the use of film (and related mass media) as a key aspect of American ‘soft power,’ at home and around the world. A rich and timely set of essays, this volume will become a go-to for scholars interested in all aspects of how the military create and use moving-image media.