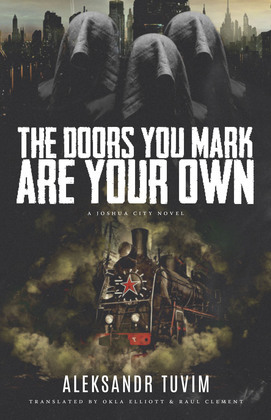 The Doors You Mark Are Your Own

by Okla Elliott (Author), Raul Clement (Author)
EPUB
unlimited loans, One at a time
Details
Joshua City is one of seven city-states in a post-apocalyptic world where water is scarce and technology is at mid-twentieth-century Soviet levels. As the novel opens, the Baikal Sea has been poisoned, causing a major outbreak of a flesh-eating disease called nekrosis. Against this backdrop of political corruption, violence and oppression, a struggle for control of Joshua City ensues, and a revolutionary group called The Underground emerges.

The Doors You Mark Are Your Own is a sweeping literary epic—the result of years of painstaking writing and world-building by two brilliantly imaginative minds—that readers will get lost in and never want to end.