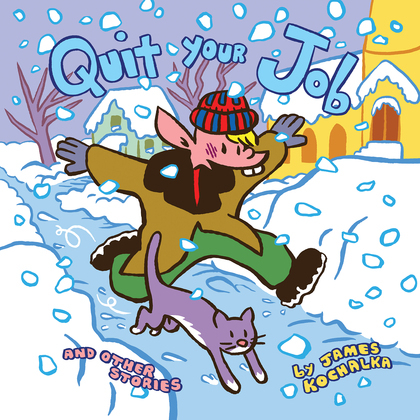 by James Kochalka (Illustrator)
Fiction Comics & graphic novels Literary Nonfiction Humor Form Comic strips & cartoons Fantasy
Eisner Award winner James Kochalka has been called “one of the brightest lights of independent comics” and Quit Your Job is a shining example of his genius. On his way to work at the Chinese restaurant, Magic Boy discovers an enchanted ring and determines to make an expedition to the North Pole. He only gets as far as the coffee shop on the next block, but his world is forever changed in the short journey. The predecessor to the author's popular American Elf diary comics. Includes the entirety of Kochalka's 1997 book Paradise Sucks and an additional story featuring characters from that world. Double the size of the first edition. Introduction by Jeff Smith (Bone, RASL)