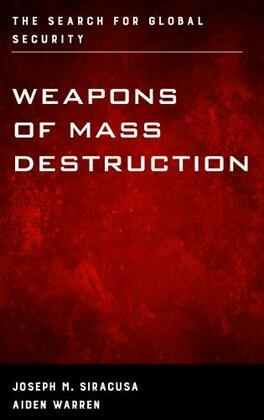 Whether possessed by a state or non-state actor, the specter of Weapons of Mass Destruction (WMDs), and more specifically, nuclear weapons and their associated material, present a significant threat to global security. Notwithstanding the fact that there are fewer nuclear weapons today than the massive stockpiles that existed during the height of the Cold War, the complexities relating to nuclear security have in many ways intensified amid globalization and porous borders. More states in volatile regions possess such weapons, UN Security Council states are busily modernizing their weapons, and non-states actors have made it clear their intention to use such weapons should they attain them. The emerging prospect of a cyber-attack, or a misunderstanding that could potentially evolve into a limited regional nuclear war, would both have dire global ramifications and are scenarios that should not be considered farfetched. Additionally, concerns pertaining to chemical and biological weapons, the associated ramifications relating to nuclear terrorism, and broader limitations of the NPT regime, all pose major challenges to global stability. In considering all of these areas, this foundational primer for the Rowman and Littlefield WMD Series seeks to inform and advance policy debate in ways that support international security, while also adding important connective tissue between analytical areas in the IR and historical domains that often remain separate.

Offering a comprehensive analysis of the evolution and current status of WMDs, this volume will be of great interest to scholars, analysts, and students of security studies, international history, and international relations.