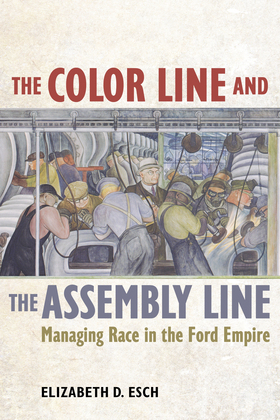 The Color Line and the Assembly Line

The Color Line and the Assembly Line tells a new story of the impact of mass production on society. Global corporations, based originally in the U.S., have played a part in making gender and race everywhere. Focusing on Ford Motor Company’s rise to become the largest, richest, and most influential corporation in the world, The Color Line and the Assembly Line takes on the traditional story of Fordism. Contrary to popular thought the assembly line was perfectly compatible with all manner of racial practice in the U.S., Brazil, and South Africa. Each country’s distinct forms of racial hierarchies in the 1920s and 1930s informed Ford’s often divisive labor processes. Confirming racism as an essential component in the creation of global capitalism, Elizabeth Esch also adds an important new lesson showing how local patterns gave capitalism its distinctive features.