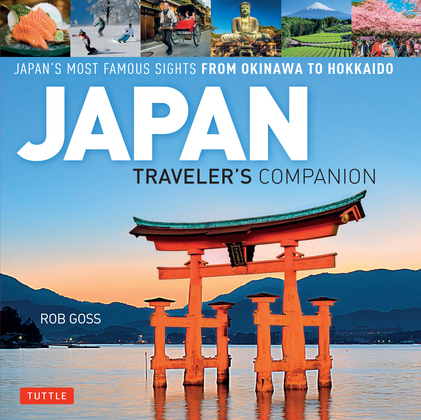 Richly illustrated with hundreds of color photos, Japan Traveler's Companion delves beyond the gaze of traditional guidebooks to uncover the country's rich culinary traditions, pop culture, Samurai heritage, and much more—bringing Japan to life and highlighting the most interesting places to visit in every region of the country.

Author Rob Goss is an award-winning travel writer who has lived in Japan for years. He introduces readers to his favorite places to visit in Japan in an engaging way and provides detailed itineraries for each region of the country.

In this illustrated Japan travel guide, the traits and traditions defining major destinations like Tokyo, Kyoto and the booming winter resort of Niseko are described, along with other lesser-known parts of Japan that few visitors get to experience. For example, the contemporary "art island" of Naoshima, the UNESCO World Heritage flora and fauna of Yakushima, and the recovering Tohoku region which was devastated by the March 2011 earthquake and tsunami.