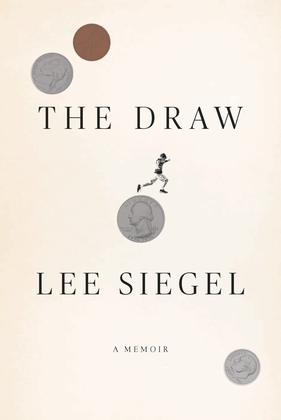 A "What We're Reading This Summer" Pick by The Atlantic

The Draw is a "spellbinding, coming-of-age tour de force" (New York Times Book Review) about a boy striving to make his way up through society and out of a family that has been emotionally and psychologically devastated by economic misfortune.

Lee Siegel?s father, Monroe, a kind and decent man, accumulates a crushing debt to the company he works for, a real estate firm that has been paying him an advance, or ?draw,? against future commissions. ?The more he depended on the Draw to live,? Lee writes of his father, ?the more it shrank his life.? As the recession hits in the mid- 1970s, Monroe finds himself without commissions, and thus unable to pay back his employer. Fired from his job, he is pursued by the law, loses his wife to divorce, and eventually declares bankruptcy. Lee?s mother, Lola, confronting a bleak and tenuous future, experiences a breakdown that transforms her into a seductive yet vindictive adversary of Lee, her older son.

To escape his mother?s bewildering manipulations and the shame and rage that his father?s fate incites in him, Lee creates an alter ego elevated by literature, music, and art. As he stumbles through a series of menial jobs while trying to succeed as a writer, Lee dreams of the protected space of a great university where he can fulfill his destiny in his work. But in order to attend college, he has to take out loans, unwittingly repeating his father?s trajectory.

Propelled by riveting stories and unforgettable portraits, The Draw weaves a defiant stand against a society in which, as the author observes, the struggle with money can turn someone?s innocent weakness into a weapon of self-destruction. As much a flesh-and-blood parable of economics as an intimate memoir brimming with harsh introspection, intellectual reverie, and surprising evocations of sexuality?the way you handle money and the way you have sex are often mutually illuminating, the author writes?Lee Siegel?s youthful odyssey is for anyone who has tried to break through the barriers of family, class, and money to the freedom to choose his or her own path in life.