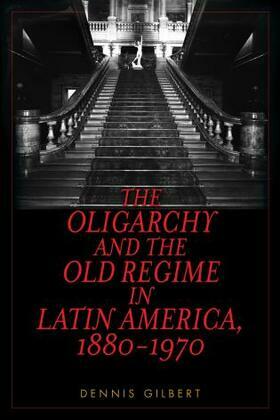 In the last decades of the nineteenth century and early years of the twentieth, a new class—the oligarchy—consolidated its wealth and political power in Latin America. Its members were the sugar planters, coffee growers, cattle barons, and bankers who were growing rich in a rapidly expanding global economy. Examining these immensely powerful groups, Dennis Gilbert provides a systematic comparative history of the rise and ultimate demise of the oligarchies that dominated Latin America for nearly a century. He then sketches a fine-grained portrait of three prominent Peruvian families, providing a vivid window into the everyday exercise of power. Here we see the oligarchs arranging the deportation of “political undesirables,” controlling labor through means subtle and brutal, orchestrating press campaigns, extending credit on easy terms to rising military officers, and financing the overthrow of an unfriendly government. Gilbert concludes by answering three questions: What were the sources of oligarchic power? What were the forces that undermined it? Why did oligarchies persist longer in some countries than in others? His clear, comprehensible, and illuminating analysis will make this an invaluable book for all students of modern Latin America.