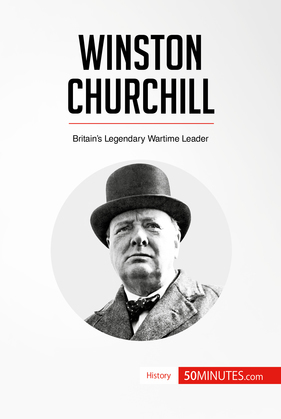 Keen to learn but short on time? Get to grips with the life of Winston Churchill in next to no time with this concise guide.

50Minutes.com provides a clear and engaging analysis of the life of Winston Churchill. In May 1940, with Europe under threat from Adolf Hitler's Germany, Winston Churchill became the British Prime Minister. His tenacity and inspiring speeches are credited with helping to lead the Allies to victory over the Nazis, and he is considered by many to be one of the greatest Britons of all time. He was re-elected for a second term in 1951, and remains one of the most widely-known figures in British history.

In just 50 minutes you will:
oLearn about the life of Winston Churchill and his decades-long political career
oAnalyse Churchill's contribution to the Allied war effort during World War II
oUnderstand Churchill's domestic and foreign policy during his two terms as Prime Minister