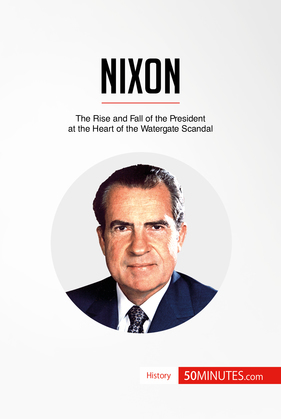 Keen to learn but short on time? Get to grips with the career of Richard Nixon in next to no time with this concise guide.

50Minutes.com provides a clear and engaging analysis of the life and political career of Richard Nixon. In 1974, Nixon made history as the first ever US president to resign from office. Although he is now best known for the Watergate scandal that led to his downfall, he did have some successes as president: in particular, he was responsible for ending US involvement in the Vietnam War and improving relations between America and China.

In just 50 minutes you will:
oLearn more about Nixon's life, from his childhood to his death, as well as discovering more about his time as President of the United States
oUnderstand Nixon's role in the Watergate scandal and the Vietnam War, and how these situations affected his presidency
oAnalyse his achievements as well as the mistakes that led to his resignation, making him the only US president in history to resign from his duties