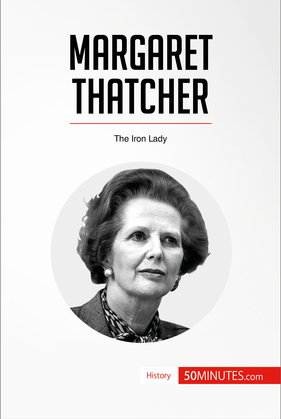 Keen to learn but short on time? Get to grips with the life of Margaret Thatcher in next to no time with this concise guide.

50Minutes.com provides a clear and engaging analysis of Margaret Thatcher. In the 1970s, the United Kingdom was struggling economically in comparison with its stronger European counterparts. Thatcher, the country's first female Prime Minister, recognised the need for drastic economic reform, despite its potential to cause social upheaval. Known for her inflexible and unemotional stance in the face of strikes, the deaths of IRA prisoners, a violent war in the Falklands and even a narrow escape from a bomb in her bedroom, Thatcher remains a divisive figure in politics.

In just 50 minutes you will:
o Learn about the background of the United Kingdom's famous first female Prime Minister, the Iron Lady
o Gain a deeper understanding of Thatcherism, the collective name for Thatcher's economic and social reform policies
o Discover the measures taken by Thatcher during her time in power in both domestic and foreign policy