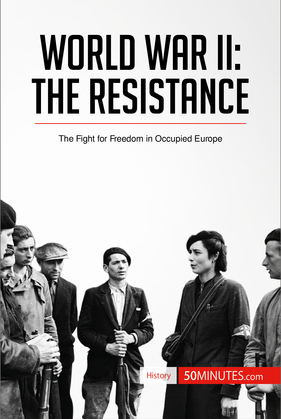 Keen to learn but short on time? Get to grips with the history of the Resistance movements during World War II in next to no time with this concise guide.

50Minutes.com provides a clear and engaging analysis of the Resistance movements during the Second World War. In 1939 and 1940, Hitler's army was rapidly advancing across Europe, leaving many countries under German occupation. Although some chose to collaborate with the Germans, a small number of courageous men and women fought against the occupiers at great personal risk. In spite of enormous losses, their actions were a source of inspiration to many of their fellow citizens and contributed to the liberation of Europe in 1945.

In just 50 minutes you will:
oUnderstand why members of the Resistance decided to fight against Nazi occupation and the risks they faced by doing so
oLearn about the people involved in the Resistance, including key figures like Charles de Gaulle and other less well-known participants
oAnalyse the impact of the actions of members of Resistance in relation to the losses sustained