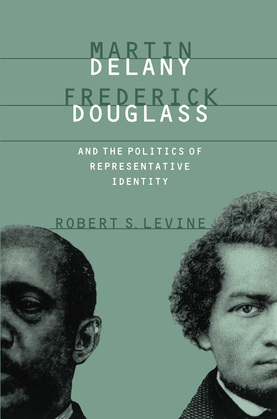 Martin Delany, Frederick Douglass, and the Politics of Representative Identity

The differences between Frederick Douglass and Martin Delany have historically been reduced to a simple binary pronouncement: assimilationist versus separatist. Now Robert S. Levine restores the relationship of these two important nineteenth-century African American writers to its original complexity. He explores their debates over issues like abolitionism, emigration, and nationalism, illuminating each man's influence on the other's political vision. He also examines Delany and Douglass's debates in relation to their own writings and to the work of Harriet Beecher Stowe. Though each saw himself as the single best representative of his race, Douglass has been accorded that role by history--while Delany, according to Levine, has suffered a fate typical of the black separatist: marginalization. In restoring Delany to his place in literary and cultural history, Levine makes possible a fuller understanding of the politics of antebellum African American leadership.