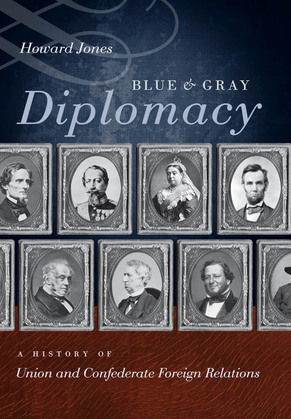 In this examination of Union and Confederate foreign relations during the Civil War from both European and American perspectives, Howard Jones demonstrates that the consequences of the conflict between North and South reached far beyond American soil.

Jones explores a number of themes, including the international economic and political dimensions of the war, the North's attempts to block the South from winning foreign recognition as a nation, Napoleon III's meddling in the war and his attempt to restore French power in the New World, and the inability of Europeans to understand the interrelated nature of slavery and union, resulting in their tendency to interpret the war as a senseless struggle between a South too large and populous to have its independence denied and a North too obstinate to give up on the preservation of the Union. Most of all, Jones explores the horrible nature of a war that attracted outside involvement as much as it repelled it.

Written in a narrative style that relates the story as its participants saw it play out around them, Blue and Gray Diplomacy depicts the complex set of problems faced by policy makers from Richmond and Washington to London, Paris, and St. Petersburg.