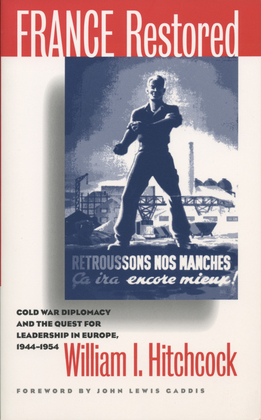 Historians of the Cold War, argues William Hitchcock, have too
often overlooked the part that European nations played in shaping
the post-World War II international system. In particular,
France, a country beset by economic difficulties and political
instability in the aftermath of the war, has been given short
shrift.
With this book, Hitchcock restores France to the narrative
of Cold War history and illuminates its central role in the
reconstruction of Europe. Drawing on a wide array of evidence
from French, American, and British archives, he shows that France
constructed a coherent national strategy for domestic and
international recovery and pursued that strategy with tenacity
and effectiveness in the first postwar decade. This once-occupied
nation played a vital part in the occupation and administration
of Germany, framed the key institutions of the "new" Europe,
helped forge the NATO alliance, and engineered an astonishing
economic recovery. In the process, France successfully contested
American leadership in Europe and used its position as a key Cold
War ally to extract concessions from Washington on a wide range
of economic and security issues.