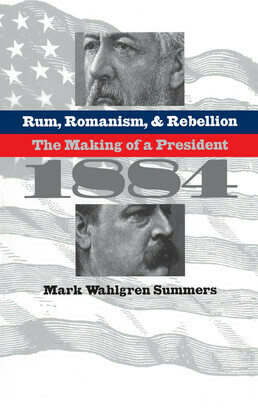 The presidential election of 1884, in which Grover Cleveland ended the Democrats' twenty-four-year presidential drought by defeating Republican challenger James G. Blaine, was one of the gaudiest in American history, remembered today less for its political significance than for the mudslinging and slander that characterized the campaign. But a closer look at the infamous election reveals far more complexity than previous stereotypes allowed, argues Mark Summers. Behind all the mud and malarkey, he says, lay a world of issues and consequences.

Summers suggests that both Democrats and Republicans sensed a political system breaking apart, or perhaps a new political order forming, as voters began to drift away from voting by party affiliation toward voting according to a candidate's stand on specific issues. Mudslinging, then, was done not for public entertainment but to tear away or confirm votes that seemed in doubt. Uncovering the issues that really powered the election and stripping away the myths that still surround it, Summers uses the election of 1884 to challenge many of our preconceptions about Gilded Age politics.