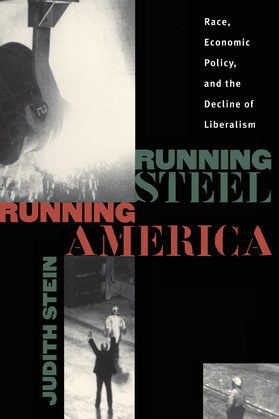 The history of modern liberalism has been hotly debated in
contemporary politics and the academy. Here, Judith Stein uses
the steel industry--long considered fundamental to the U.S.
economy--to examine liberal policies and priorities after World
War II. In a provocative revision of postwar American history,
she argues that it was the primacy of foreign commitments and the
outdated economic policies of the state, more than the nation's
racial conflicts, that transformed American liberalism from the
powerful progressivism of the New Deal to the feeble policies of
the 1990s.
Stein skillfully integrates a number of narratives usually
treated in isolation--labor, civil rights, politics, business,
and foreign policy--while underscoring the state's focus on the
steel industry and its workers. By showing how those who
intervened in the industry treated such economic issues as free
trade and the globalization of steel production in isolation from
the social issues of the day--most notably civil rights and the
implementation of affirmative action--Stein advances a larger
argument about postwar liberalism. Liberal attempts to address
social inequalities without reference to the fundamental and
changing workings of the economy, she says, have led to the
foundering of the New Deal state.