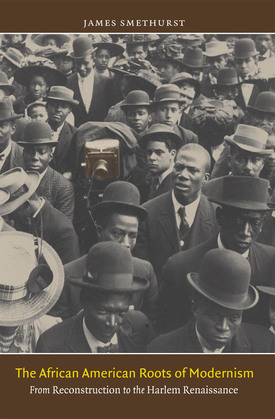 The African American Roots of Modernism

In identifying the Jim Crow period with the coming of modernity, Smethurst upsets the customary assessment of the Harlem Renaissance as the first nationally significant black arts movement, showing how artists reacted to Jim Crow with migration narratives, poetry about the black experience, black performance of popular culture forms, and more. Smethurst introduces a whole cast of characters, including understudied figures such as William Stanley Braithwaite and Fenton Johnson, and more familiar authors such as Charles Chesnutt, Pauline Hopkins, and James Weldon Johnson. By considering the legacy of writers and artists active between the end of Reconstruction and the rise of the Harlem Renaissance, Smethurst illuminates their influence on the black and white U.S. modernists who followed.