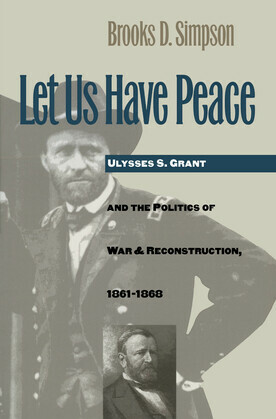 Let Us Have Peace

Historians have traditionally drawn distinctions between Ulysses S. Grant's military and political careers. In Let Us Have Peace, Brooks Simpson questions such distinctions and offers a new understanding of this often enigmatic leader. He argues that during the 1860s Grant was both soldier and politician, for military and civil policy were inevitably intertwined during the Civil War and Reconstruction era. According to Simpson, Grant instinctively understood that war was 'politics by other means.' Moreover, he realized that civil wars presented special challenges: reconciliation, not conquest, was the Union's ultimate goal. And in peace, Grant sought to secure what had been won in war, stepping in to assume a more active role in policymaking when the intransigence of white Southerners and the obstructionist behavior of President Andrew Johnson threatened to spoil the fruits of Northern victory.