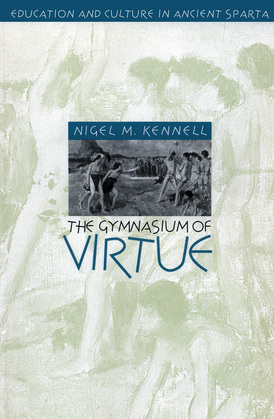 The Gymnasium of Virtue

The Gymnasium of Virtue is the first book devoted exclusively to the study of education in ancient Sparta, covering the period from the sixth century B.C. to the fourth century A.D. Nigel Kennell refutes the popular notion that classical Spartan education was a conservative amalgam of "primitive" customs not found elsewhere in Greece. He argues instead that later political and cultural movements made the system appear to be more distinctive than it actually had been, as a means of asserting Sparta's claim to be a unique society.

Using epigraphical, literary, and archaeological evidence, Kennell describes the development of all aspects of Spartan education, including the age-grade system and physical contests that were integral to the system. He shows that Spartan education reached its apogee in the early Roman Empire, when Spartans sought to distinguish themselves from other Greeks. He attributes many of the changes instituted later in the period to one person--the philosopher Sphaerus the Borysthenite, who was an adviser to the revolutionary king Cleomenes III in the third century B.C.