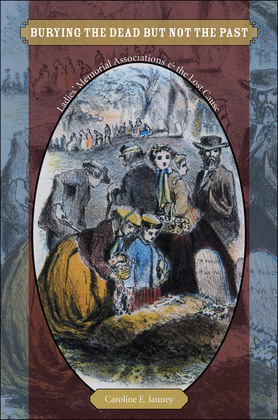 Burying the Dead but Not the Past

Immediately after the Civil War, white women across the South organized to retrieve the remains of Confederate soldiers. In Virginia alone, these Ladies' Memorial Associations (LMAs) relocated and reinterred the remains of more than 72,000 soldiers. Challenging the notion that southern white women were peripheral to the Lost Cause movement until the 1890s, Caroline Janney restores these women as the earliest creators and purveyors of Confederate tradition. Long before national groups such as the Woman's Christian Temperance Union and the United Daughters of the Confederacy were established, Janney shows, local LMAs were earning sympathy for defeated Confederates. Her exploration introduces new ways in which gender played a vital role in shaping the politics, culture, and society of the late nineteenth-century South.