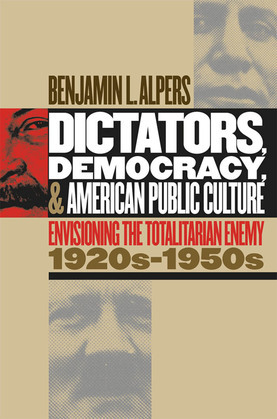 Focusing on portrayals of Mussolini's Italy, Hitler's Germany, and Stalin's Russia in U.S. films, magazine and newspaper articles, books, plays, speeches, and other texts, Benjamin Alpers traces changing American understandings of dictatorship from the late 1920s through the early years of the Cold War.

During the early 1930s, most Americans' conception of dictatorship focused on the dictator. Whether viewed as heroic or horrific, the dictator was represented as a figure of great, masculine power and effectiveness. As the Great Depression gripped the United States, a few people--including conservative members of the press and some Hollywood filmmakers--even dared to suggest that dictatorship might be the answer to America's social problems.

In the late 1930s, American explanations of dictatorship shifted focus from individual leaders to the movements that empowered them. Totalitarianism became the image against which a view of democracy emphasizing tolerance and pluralism and disparaging mass movements developed. First used to describe dictatorships of both right and left, the term "totalitarianism" fell out of use upon the U.S. entry into World War II. With the war's end and the collapse of the U.S.-Soviet alliance, however, concerns about totalitarianism lay the foundation for the emerging Cold War.