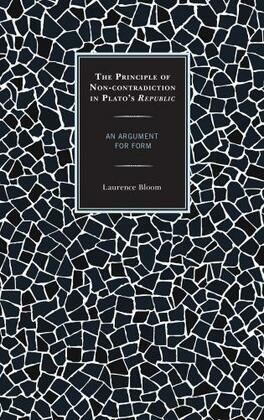 The Principle of Non-contradiction in Plato's Republic

Republic IV is the first full statement of the principle in Western Philosophy. His use of the principle might seem to suggest that he endorses the PNC. After all, how could one possibly deny so fundamental a principle—one, moreover, the denial of which would seem to depend upon the very principle in question? However, the endorsement in the text is qualified. Socrates refers to the principle as one that he and his interlocutors will hypothesize and warns that, if it should ever be shown to be false, all that follows from it will also be refuted. Scholars who have noticed this issue have tended to claim that the hypothesis in question can be grounded. Bloom argues against unthinkingly accepting this claim. He suggests that what emerges from the text is more sophisticated: Plato’s concession that the PNC is hypothetical is a textual clue pointing us to a complex philosophical argument which grounds the PNC, as well as the sort of reasoning it grounds, in form. Indeed, in framing the problem in this way, we can read the Republic as a whole as providing an extended argument for form.
objects does the PNC apply?” or, “how is it possible that we apply the PNC?” we are asking questions that lead us to the existence of form. Along the way there is much to learn as well about the soul of the knower—the very entity to which and by which the principle is applied in the text—and about its underlying unity.