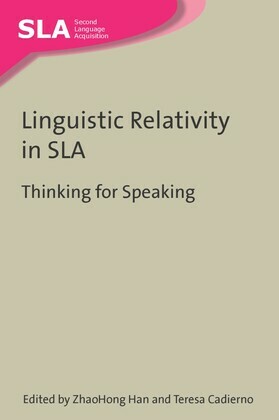 Crosslinguistic influence is an established area of second language research, and as such, it has been subject to extensive scrutiny. Although the field has come a long way in understanding its general character, many issues still remain a conundrum, for example, why does transfer appear selective, and why does transfer never seem to go away for certain linguistic elements? Unlike most existing studies, which have focused on transfer at the surface form level, the present volume examines the relationship between thought and language, in particular thought as shaped by first language development and use, and its interaction with second language use. The chapters in this collection conceptually explore and empirically investigate the relevance of Slobin’s Thinking-for-Speaking Hypothesis to adult second language acquisition, offering compelling and enlightening evidence of the fundamental nature of crosslinguistic influence in adult second language acquisition.