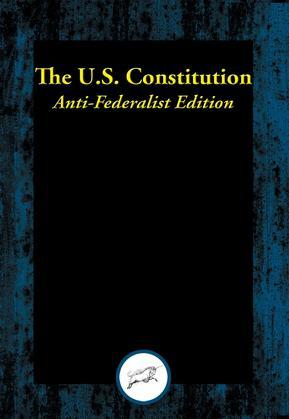 The Constitution of the United States is the supreme law of the United States of America, and worthy of study. In formation though, the path to adoption was not without dissent: the Anti-Federalist movement was against the creation of a stronger U.S. federal government, and vocally opposed the ratification of the Constitution, because the Articles of Confederation originally gave state governments more authority. Led by Patrick Henry of Virginia, Anti-Federalists worried, among other things, that the position of president might evolve into a monarchy. A selection of Anti-Federalist writings is presented with this edition of the the U.S. Constitution, so that their perspective might be examined in context.