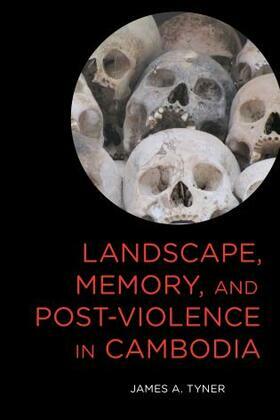 Landscape, Memory, and Post-Violence in Cambodia

Between 1975 and 1979 the Khmer Rouge regime in Cambodia enacted a program of organized mass violence that resulted in the deaths of approximately one quarter of the country’s population. Over two million people died from torture, execution, disease and famine. From the commodification of the ‘killing fields’ of Choeung Ek to the hundreds of unmarked mass graves scattered across the country, violence continues to shape the Cambodian landscape.

Landscape, Memory, and Post-Violence in Cambodia explores the on-going memorialization of violence. As part of a broader engagement with war, violence and critical heritage studies, it explores how a legacy of organized mass violence becomes part of a cultural heritage and, in the process, how this heritage is ‘produced’. Existing literature has addressed explicitly the impact of war and armed conflict on cultural heritage through the destruction of heritage sites. This book inverts this concern by exploring what happens when sites of ‘heritage violence’ are under threat. It argues that the selective memorialization of Cambodia’s violent heritage negates the everyday lived experiences of millions of Cambodians and diminishes the efforts to bring about social justice and reconciliation. In doing so, it develops a grounded conceptual understanding of post-violence in conflict zones internationally.