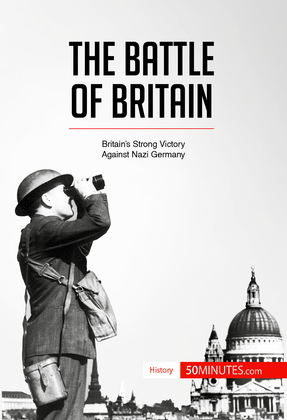 The Battle of Britain

Keen to learn but short on time? Get to grips with the events of the Battle of Britain in next to no time with this concise guide.

50Minutes.com provides a clear and engaging analysis of the Battle of Britain. When Hitler decided to attack Britain in 1940, he expected a rapid victory for his army. Instead, the Battle of Britain became the most colossal air combat in history and led to the deaths of thousands of civilians. But it also showed the world that Hitler was not invincible, giving the occupied countries new hope and putting an end to the Nazi's victories in Europe.

In just 50 minutes you will:
o Learn the key facts about the Battle of Britain and why it lasted for much longer than Hitler anticipated
o Understand the political and social context of the time and why Britain was left to fight the Nazis alone
o Analyse the impact of Britain's victory on the rest of the world and how it marked the beginning of the end of Nazi rule over Europe