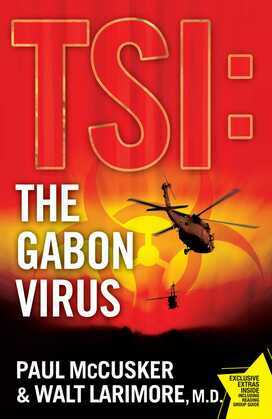 The Gabon Virus: A Novel

In the face of a new plague that threatens the world, our forensic heroes investigate the past to save the future— studying evidence from when the Black plague decimated a small english village eyam, pronounced eem, during the seventeenth-century.

After the greedy founders of a scientific research laboratory intentionally infect subjects with a deadly plague in order to develop a lucrative vaccine, the plague spreads beyond the lab’s control. A top-secret government team of scientists covertly begins to research a solution. They turn their attention to the seventeenth-century—the only other time when a widespread plague ravaged the world—for clues on how to prevent this disaster from happening again. In particular, the scientists are interested in how eighty people from the village of Eyam were able to remain virtually untouched by the plague at the height of the Black Death’s deadly reign over Europe. But trouble is afoot in Eyam—grave robberies, grisly murders, and the bizarre reappearance of the Blue Monk—a legendary, spectral figure from the time of the plague. Can he be real? And who’s trying to stop the team from discovering the truth about Eyam? Distinguished authors Paul McCusker and Walt Larimore, M.D. have collaborated to deliver this sweeping, fast-paced novel that spans the globe and transcends time. Sure to leave readers wanting more, The Eyam Factor is a riveting introduction to the authors’ new Time Scene Investigators series.