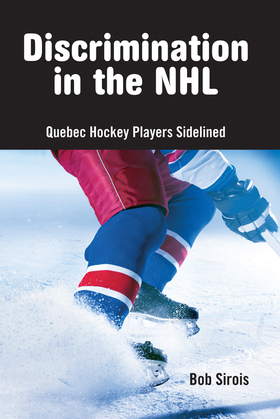 Discrimination in the NHL

Ever since Maurice Richard dazzled hockey fans, fighting his way to hockey’s summits, the issue of discrimination against Quebec hockey players has simmered on. NHL veteran Bob Sirois now demonstrates that unless Quebec hockey players are superstars they are less likely to be drafted than other players in Canada. They can also expect shorter careers and less pay, while some teams just don’t want them. Using statistics covering nearly 40 years, Sirois shatters those tenacious myths such as “Quebecers are smaller,” “they play poor defensive hockey” or “they are the best goalies.” His solutions: an NHL team for Quebec City and a Quebec national junior team for international events. Our great sport stands to gain from Bob Sirois’ search for the truth.