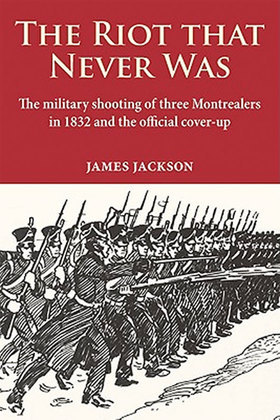 Riot that Never Was, The

A fascinating, methodical investigation into a little-known tragedy shows that truth can prevail even 180 years after the fact.In this ?whodunit,? James Jackson is a one-man investigative commission. He meticulously demonstrates how British soldiers shot three innocent bystanders in Old Montreal following a by-election victory of Irish-born Daniel Tracey over Loyalist Stanley Bagg in 1832. He also shows how the political, military, and legal authorities of the time exonerated those responsible for the killings by falsely accusing the supporters of Daniel Tracey, a Patriote Party candidate, of rioting. Jackson shows that the ?riot? simply never happened, but also that history has unfortunately retained the official story of events that help explain the Patriote revolt of 1837-1838. Although the names of those shot that day, Francois Languedoc, Pierre Billet, and Casimir Chauvin, have been forgotten, their story deserves to be known. Jackson combines the rigour and moral indignation of Émile Zola with the writing talent and historical perspective of Pierre Berton.