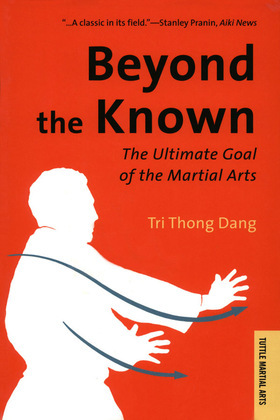 by Tri Thong Dang (Author)
Non-Fiction Nature, recreation and sports Sports & recreation Martial Arts & Self-Defense Human Science Philosophy Eastern Taoist
EPUB
unlimited loans, One at a time
Details
Written by one of the world's greatest living t'ai mantis system teachers, Beyond the Known is about the martial arts quest, and a mediation on the art of discipleship.

In a series of parables relating the experiences of an unusually talented but otherwise typical martial artist, it calls for teachers and practitioners of all martial arts to question their motives and goals, to go beyond the superficial dazzle of prizes and awards, beyond repetition of techniques, ultimately to go beyond the known—the ultimate goal of the martial arts.

Tri Thong Dang was born in Vietnam and studied under the revered Chiu Chuk-Kai, eighth-generation grandmaster of the Chinese t'ai mantis system. In addition, he was a practitioner of pa kua chang, hsing i ch'uan, qigong, and Yang style tai chi ch'uan. He studied and taught martial arts worldwide and was the author of Toward the Unknown and Beginning T'ai Chi, both from Tuttle Publishing. He was the founder and director, until his death of California's Budo Educational Center.