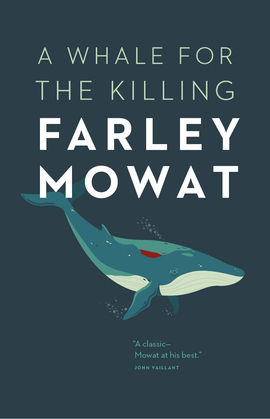 A Whale for the Killing

by Farley Mowat (Author)
Nonfiction Nature, recreation and sports Nature Ecology Environmental conservation & protection Oceans & seas
When an 80-ton Fin Whale became trapped in a lagoon near his Newfoundland home, Farley Mowat rejoiced: here was a unique chance to observe one of the world's most magnificent creatures up close. But some of his neighbours saw a different opportunity altogether: in a prolonged fit of violence, they blasted the whale with rifle fire, and scarred its back with motorboat propellers. Mowat appealed desperately to the police, to marine biologists, finally to the Canadian press. But it was too late. Mowat's poignant and compelling story is an eloquent argument for the end of the whale hunt, and the rediscovery of the empathy that makes us human.