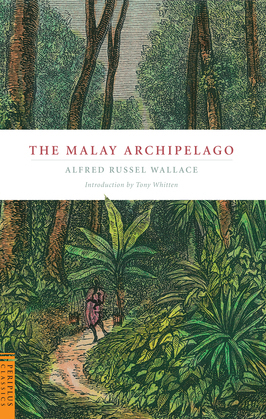 by Alfred Russell Wallace (Author)
Non-Fiction Nature, recreation and sports Nature Wild animals Fish Science and Technics Science Life Sciences Biology Marine Biology Reference Almanacs
EPUB
unlimited loans, One at a time
Details
This is one the first and most important books about 18th century Malaysia and covers a wide array of topics from Malaysian culture and history to nature and wildlife. It is essential reading for anyone interested in Malaysia.

A century and a half after it was first published, this book remains one of the great classics of natural history and travel—perhaps the greatest. Alfred Russel Wallace (1823–1913) deserves equal billing with Charles Darwin for his independently drawn but parallel conclusions on the theory of evolution. Darwin himself called Wallace "generous and noble" and referred favorably to his work in later editions of The Origin of Species.

The Malay Archipelago is an extraordinarily accessible book. There is a wealth of detail about pre–modern life in the Indonesian archipelago which Wallace accumulated on over 60 separate journeys spanning 14,000 miles. He was equally fascinated by the exotic peoples, flora and fauna he encountered in his epic travels. A mark of his achievement lies in the size of the collections he bequeathed to British museums—some 125,000 specimens ranging from large mammals to tiny insects, exotic butterflies and splendid birds of paradise.