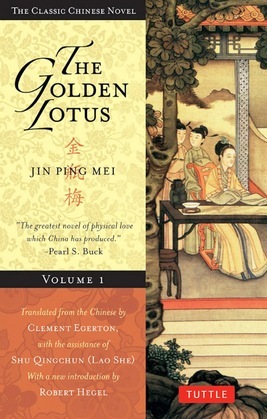 A saga of ruthless ambition, murder, and lust, The Golden Lotus (Jin Ping Mei) has been called the fifth Great Classical Novel in Chinese literature and one of the Four Masterworks of the Ming novel. Admired in its own time for its literary qualities and biting indictment of the immorality and cruelty of its age, it has also been denigrated as a "dirty" book for its sexual frankness. It centers on Ximen Qing, a wealthy, young, dissolute, and politically connected merchant, and his marriage to a fifth wife, Pan Jinlian, literally "Golden Lotus." In her desire to influence her husband and, through him, control the other wives, concubines, and entire household, she uses sex as her main weapon. The Golden Lotus lays bare the rivalries within this wealthy family while chronicling its rise and fall. It fields a host of vivid characters, each seeking advantage in a corrupt world.

This edition features a new introduction by Robert Hegel of Washington University, who situates the novel for contemporary readers. This translation contains the complete, unexpurgated text as translated by Clement Egerton with the assistance of Shu Qingchun.