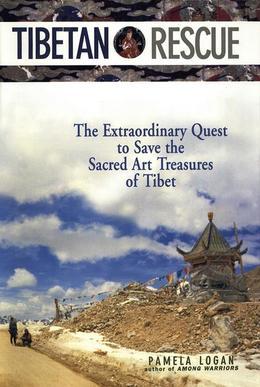 de Pamela Logan (Autor)
Ficción Relatos de viaje
This Tibetan travelogue tells a fascinating story of a mission to save the cultural heritage of a Tibetan monastery.

The culture and artifacts of Tibet, like those of other remote indigenous societies, are under siege by the relentless modern world. The fate of monasteries in Tibet has been a subject of concern to many in the West; but until Tibetan Rescue little specific information had been published. As president of a non-governmental organization that brings foreign aid into Tibet, Pamela Logan brings a first-hand account of her journey through Tibet.

Pamela evolves from solo traveler to expedition leader on her mission: to save the precious ancient murals of Pewar Monastery. To reach her goal she travels a long and circuitous path raising funds, getting permission from the Chinese bureaucracy, assembling an international team, and leading four expeditions by bus, truck, and horse caravan to Pewar Monastery. Along the way she meets a memorable parade of characters, overcomes bureaucrats and blizzards, and survives a brutal attack by a pack of Tibetan dogs. Her book is an insider's look at a remote and little known part of Tibet, her story an inspiration to those who cherish challenge and adventure.