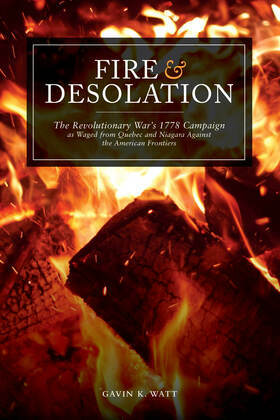 How misrule and fraying alliances led to a ferocious campaign that changed the course of the American Revolution.


Following Burgoyne’s disastrous campaign of 1777, the alliance between the Six Nations and the British Crown became seriously strained. However, the losses suffered by prominent tribes, combined with strenuous efforts by British Indian Department officials, spurred their continuation in the fight. Relations were made even more difficult by the hands-off stance of Quebec’s governor, General Guy Carleton, which led to the Native leaders developing their own strategies and employing traditional tactics, leading to a ferocious series of attacks on the frontiers of Vermont, New York, and Pennsylvania, supported by loyalist and Regular troops. Among these were two infamous actions called “massacres” by American historians — attacks on the Wyoming and Cherry Valleys. This destructive campaign prompted the Continental Congress to mount three major, retributive expeditions against the territories of the Six Nations’ and their allies the following year.