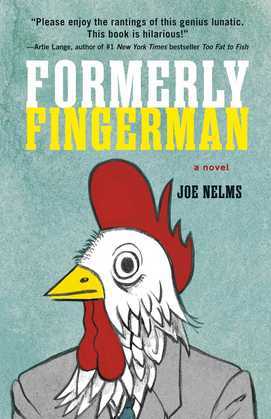 "[A] delightful read--Joe Nelms is a talent to watch!" --W. Bruce Cameron, author of The Midnight Plan of the Repo Man

"A smart mix of humor and humanity... An energy drink for the funny bone." --Jane Wagner, author of The Search for Signs of Intelligent Life in the Universe

Brad Fingerman was an art director in the glamorous world of New York advertising. He had the respect of his peers, a beautiful wife, and a bright future. That is, his future was bright before he spectacularly nuked his career, discovered his wife's infidelity, and witnessed a high-profile Mafia hit in a Midtown elevator. Now Brad's unemployed, divorced, and the government's key witness in a major murder trial.

So Brad lied, joined the Witness Protection Program, and entrusted his new identity to an FBI agent with her career on the make and a frighteningly committed bodyguard. Now he has to fake his way through the trial of the century and try to reassemble a meaningful life as his fellow witnesses are methodically assassinated.