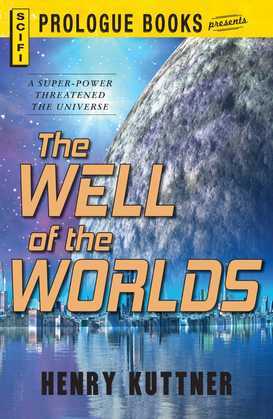 Well of the Worlds

Wen the curiously exotic millionairess Klai Ford started telling him about ghosts in a uranium mine, Sawyer knew he’d better be ready for anything in his investigations.

But he didn’t count on being drawn into a passage between dimensions and tossed adrift in a world of islands floating in the sky, where strange brutelike creatures were attacking the cities in a vast struggle for power.

Lost in this new world, Sawyer realized that the key to everything lay in the mysterious Well of the Worlds - and that the future of the universe lay in its secret.