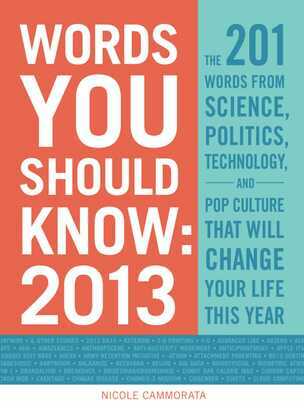 The most influential words and phrases of 2013!

Every day, hundreds of new words join our vocabulary, whether they're scientific creations, cultural terms, or politically and historically charged additions. With Words You Should Know 2013, you will not only be able to keep up with the changing language, but also discover how these important concepts will impact your life in 2013. This book reveals the origins, usage, and influence of 201 brand-new expressions, including:

From cyberespionage and gendercide to the Great Pacific Garbage Patch and aerostats, Words You Should Know 2013 presents you with words and phrases that will define your way of life this year.