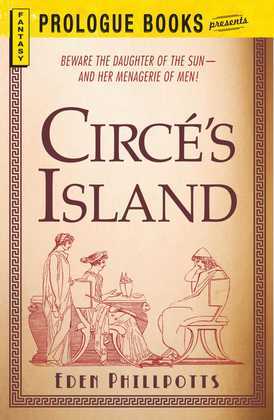 He is not dead; but there are worse things than death...

When his father goes missing on the mystical isle of Aea, Amphion knows something must be done. Convinced that the island’s mistressthe vindictive and temperamental goddess Circéwill spare his father’s life, Amphion sets off on a bold rescue mission. Accompanied only by his wise pet snake-dragon Simo, the young man insists he and his father will be able to outwit the enchantress. But only Circé of the Braided Hair knows what awaits them in her private island menagerie...

“The book should be perused on a lazy summer day, preferably...on the shores of some sunny lake, or at least, if this is all that is available, in a hammock slung in some retired spot.”
The Saturday Review, 1926