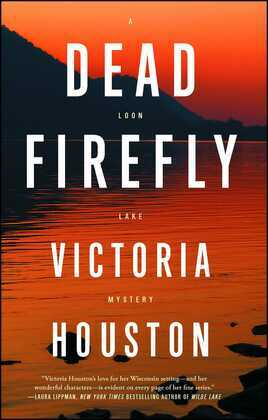 "My wife and Gordon Maxwell tried to kill me this morning."

Doc Osborne is startled by the unexpected words tumbling out of the mouth of his friend and fellow AA member Chuck Pelletier, the recently remarried lead accountant for a planned luxury fly-fishing lodge preserve under construction in the area.

Alarmed, Doc tries to alert Police Chief Lew Ferris, but she is tied up with law enforcement teams across the state. They’re searching for thieves who have been cutting down and stealing hundreds of thousands of precious birch trees from public and private property across northern Wisconsin.

But it’s too late. Pelletier is found dead not two hours later. Doc is shocked, saddened, and determined to get to the bottom of the murder.

With one man dead, evidence of lakeshore properties being stolen from elderly owners, and an attempted sexual assault, short-handed Chief Ferris deputizes Doc and his skilled tracker neighbor to help with the investigation. Then, just as they seem to be getting somewhere, things grow even more complicated.

Just another summer in Loon Lake.