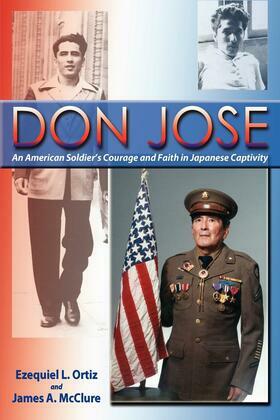 In 1941 the Japanese invaded the Philippines with overwhelming force and forced the surrender of American troops at Bataan and Corregidor. Prisoners of war were subjected to brutal captivity and thousands did not survive. This is the story of an American soldier who survived and became a hero. When American troops liberated the Niigata POW camp after the Japanese surrender, Corporal Joseph O. Quintero greeted them with a homemade American flag that had been sewn together in secrecy. The son of Mexican immigrants, Joseph Quintero grew up in a converted railroad caboose in Fort Worth, Texas, and joined the Army to get $21 a month and three meals a day. He manned a machine gun in the defense of Corregidor before his unit was captured by the Japanese. When prisoners of war were transported to Japan, Joseph survived a razor-blade appendectomy on the "hell ship" voyage. In the prison camp he cared for his fellow prisoners as a medic and came to be known as Don Jose. Joseph's narrative is an enlisted man's view of the war with first-hand descriptions of conditions in the POW camps and personal glimpses of what he and his buddies did, endured and talked about. The authors have drawn on other histories and official documents to put his story into perspective and focus on a little-known chapter of World War II. EZEQUIEL L. ORTIZ is a retired military officer and public school teacher who has lived in New Mexico for the past 30 years. He has written articles on local history, Hispanic heritage and military subjects for national and regional publications. JAMES A. MCCLURE is a freelance writer, editor and public relations consultant. He is a retired Naval Reserve public affairs officer.