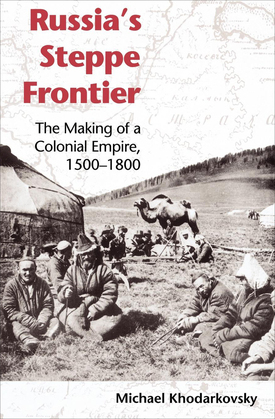 "... a tremendously important contribution to the field of Russian history and the comparative study of empires and frontiers. There is no comparable work in any language.... The book presents an intricate and gripping narrative of a vast sweep of histories, weaving them together into a comprehensive and comprehensible chronology." -Valerie Kivelson

From the time of the decline of the Mongol Golden Horde to the end of the 18th century, the Russian government expanded its influence and power throughout its southern borderlands. The process of incorporating these lands and peoples into the Russian Empire was not only a military and political struggle but also a contest between the conceptual worlds of the indigenous peoples and the Russians. Drawing on sources and archival materials in Russian and Turkic languages, Michael Khodarkovsky presents a complex picture of the encounter between the Russian authorities and native peoples.