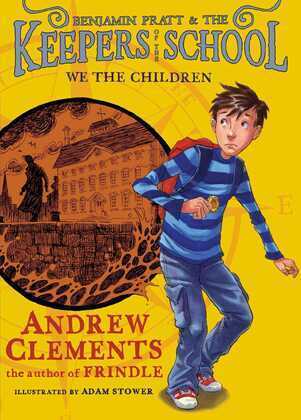 The first in a six-book series, We the Children follows Ben, his tech-savvy friend, Jill, and the class know-it-all, Robert, as they uncover a remarkable history and use it to protect the school.

Sixth grader Benjamin Pratt loves history, which makes going to the historic Duncan Oakes School a pretty cool thing. But a wave of commercialization is hitting the area and his beloved school is slated to be torn down to make room for an entertainment park. This would be most kids? dream?except there?s more to the developers than meets the eye? and more to the school. Because weeks before the wrecking ball is due to strike, Ben finds an old leather pouch that contains a parchment scroll with a note three students wrote in 1791. The students call themselves the Keepers of the School, and it turns out they?re not the only secret group to have existed at Duncan Oakes.